Aloo kulcha is an Indian flat bread made with all purpose flour, stuffed with spiced potato mix. I have never had aloo kulcha at restaurants. But last week my friend sent me pictures to tempt me and sent me how she made it too. I decided to include it in my lunch menu 57, as you have seen last week. I thought I should post last week itself but couldn’t. Many of us love aloo paratha, potato in anything makes it delicious right? So obviously this was also very delicious, both Aj and Vj had it with lunch. My favorite still remains aloo paratha though. 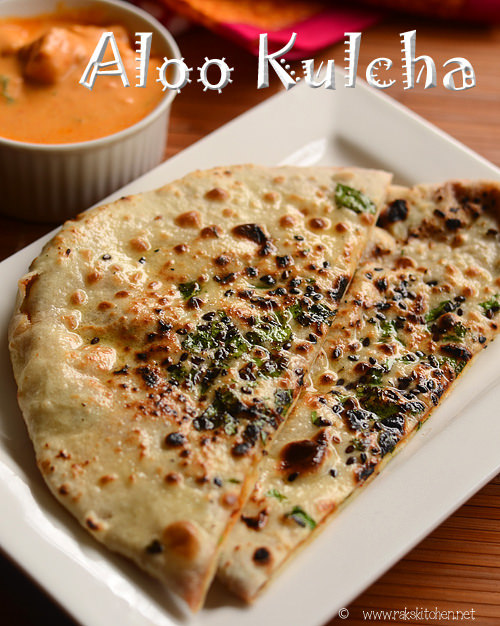 How to make aloo kulcha method:

Smear with butter on top if desired and serve with any rich side dish – you see shahi paneer in the picture and it was perfect match! Side dishes : Shahi paneer, butter paneer masala, corn capsicum masala, mutter paneer