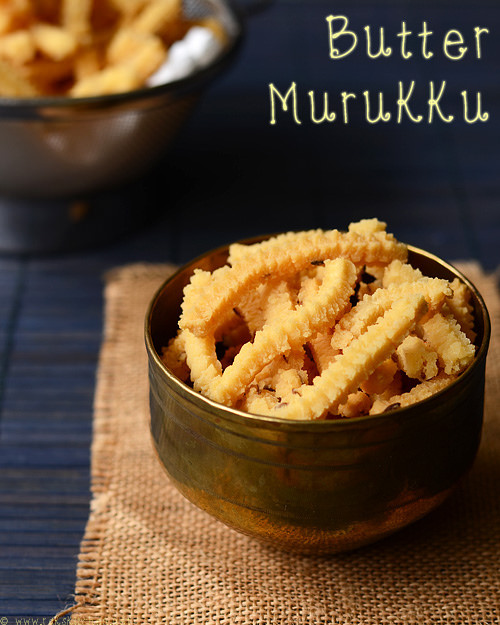 Me and Aj are big fan of butter murukku that we get in the shops. I first had butter murukku from A2B, my FIL buys this. Aj also loves this, but as of now, since few teeth fell and few shaking, he was sad that he couldn’t eat this murukku when I made this 2 weeks back. Me and my mom keeps discussing why the store bought murukku is totally different from the home made ones. Coz, at our home the ratio is totally different. Mom adds rice flour less than these and the other flour we mix with more. So the texture come different and it will be more flavorful. Also asafoetida flavor will be dominating, which we love. Later I used to think if its not rice flour what they use at the sweet shops, it could be maida. Then as I started making snacks, I realized the ratio of rice flour and the other flour is different, rice flour more means whiter and crispier murukkus. I adapted the recipe slightly from here, but changed the ratios a bit. I could see my readers search for butter murukku in Google as “Butter murukku raks kitchen” and it took so long for me to post!! Sorry about that!

Check out the other murukku recipes from Rak’s kitchen 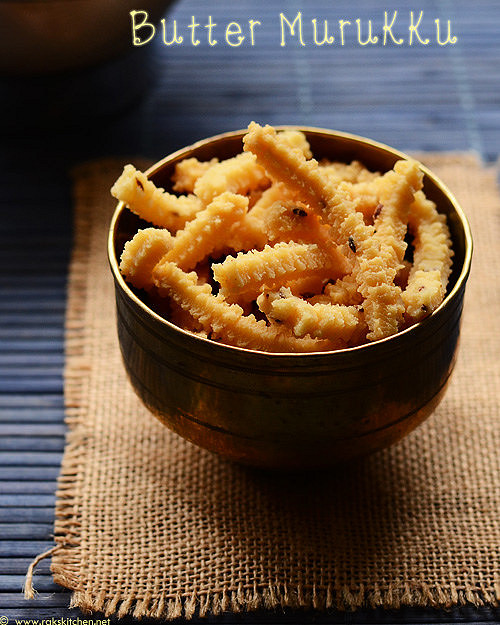 Makes a best snack for tea/ coffee time. Is it not tempting? 🤩 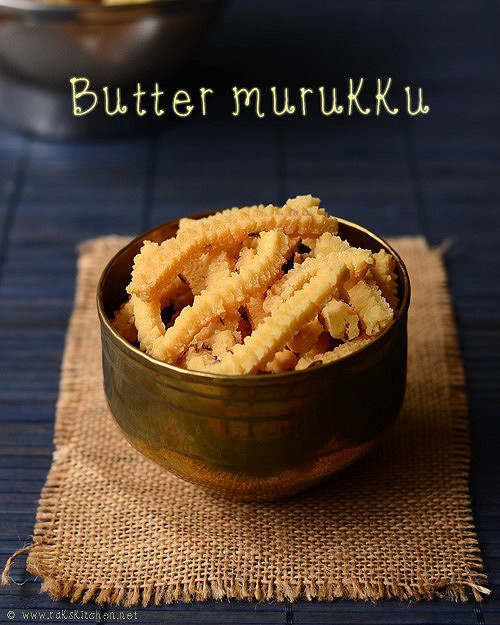