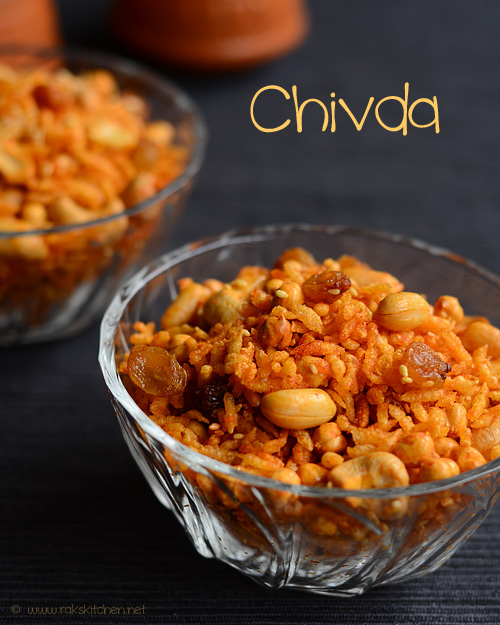 For me I knew only the South Indian mixture as I have eaten it n number of times, but later only knew there are many varieties in mixture like Bombay mixture, this Chivda etc. I tasted this Chivda 2 months back when Vj brought this from Pune. It was LaxmiNarayan Best chivda and I must say, it was indeed the best chivda I have ever had. The poha was light, airy and crisp. Along with the nuts and raisin and spice, it was really tasting great. I emptied the whole pack (and later worried about the calories 😉). As I ate, I clicked picture of the pack and the chivda too and carefully noted down what ingredients I saw in it. I wanted to try for Diwali and tried this yesterday. I also referred Nishamadhulika for reference. It turned out really tasty, though not like the original, the taste was awesome. My co sis who has come here for holiday also came double thumbs up for the chivda. Very easy, just have to gather the ingredients, fry and toss with the spice powders. I understand there are many low fat versions which I have to yet try, but first thing I wanted to try this deep fry version. May be later I will try and post the low fat version. 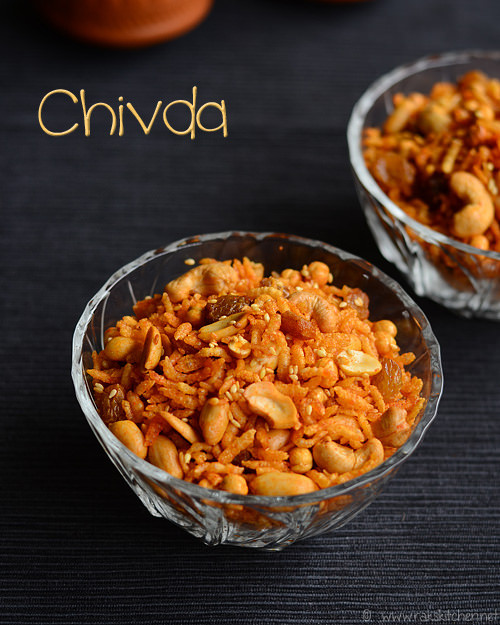 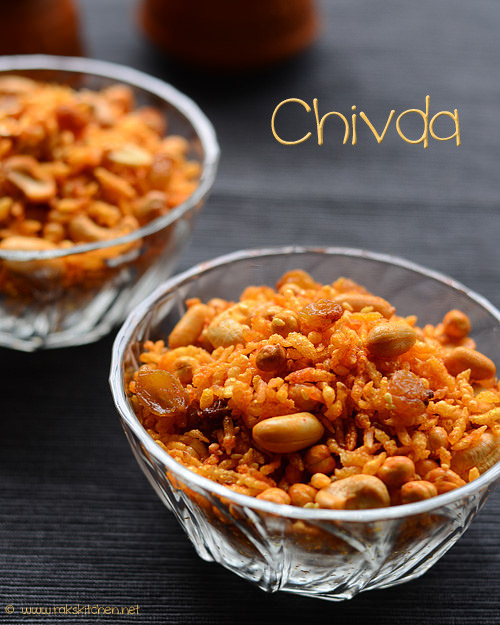