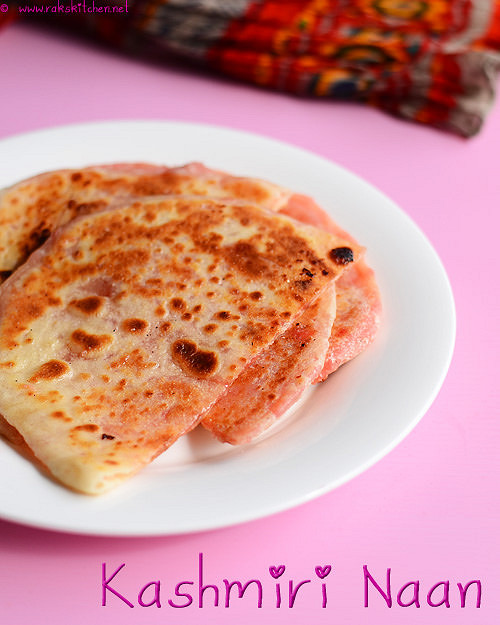 I had kashmiri naan only twice before. That too it came along the naan basket and it ended up in my plate once and only the second time, I somewhat felt like having something sweet and had a wish to eat Kashmiri naan. Honestly I have no idea about Kashmiri cuisine, so I don’t even know if this is really a Kashmiri cuisine or the restaurants developed this recipe and named it so since this is sweet. But this sure is a great tasting naan recipe, kids as well as adults will sure love this. I mostly make no yeast naan, but I tried adding yeast in this recipe. I was not very confident if I could bring the same taste and also worried how it will be rolled out without messing it. But trust Raks

, this is so easy and rolling part is not at all tricky. Comes out neat

. Stays soft, so pack it for your kid. I made it with maida, if you want you can try with atta too. Not sure about the texture, but I guess it would be nice too. 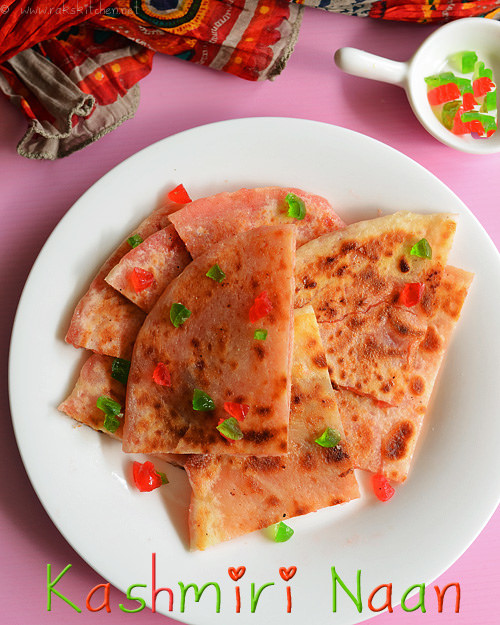 This naan stays soft even after cooling down. So its perfect for kids lunch box. We eat this as such. I am not sure which side dish will be apt for this.
You may also like : Naan without yeast  |  Nutella chapathi    |    Butter Kulcha 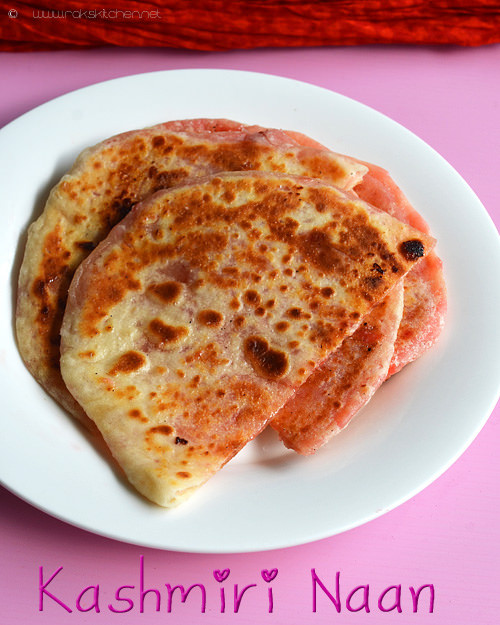