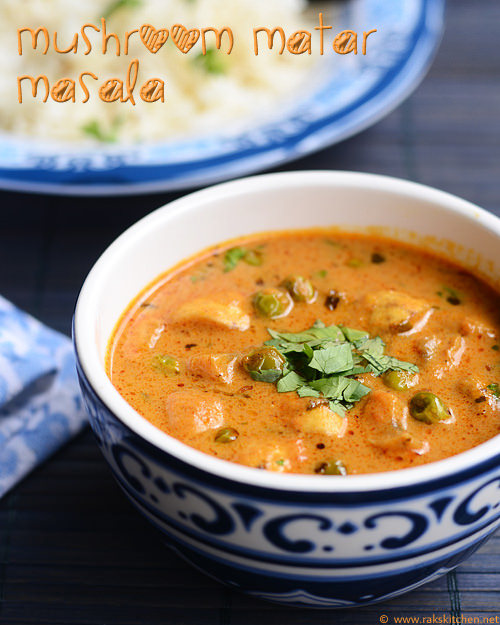 Yes, yes, yes! I finally made a dish at home with mushrooms👏 ! I have made once, few years back, but I totally spoilt the dish. My milk in the gravy broke and the gravy was not at all looking or tasting nice making it worse with the mushrooms. That too I made it to someone who visited us😔. After that I never dared to buy or try mushrooms at home as my family also never eat mushrooms. I eat mushrooms in the pizza or if it is in any of the dish along with other vegetables. But buying and cooking at home, never! As I don’t even know how to handle it and I didn’t like to even touch it.
An incidents in which I tasted in restaurants due to compulsion of my friend, made it worse. The piece of mushroom I put in my  mouth was spoilt and you know how an old mushroom would smell. Terrible. Now again Sangeeta showed me a mushroom matar which I thought should try and see for one last time. I bought mushrooms and first I tried fried rice with it. It was eaten by both Vj and Aj, but I am not sure if they had it since I made it. But with the rest of the mushrooms, I made this gravy today and Aj loved it with jeera rice and dal palak. He said he will eat again but with one condition, only with rice, not with roti. Anyways I was happy that I could make a recipe with mushroom and made him eat too😊. Thank you for the cute towel, plate Sharmi 😉 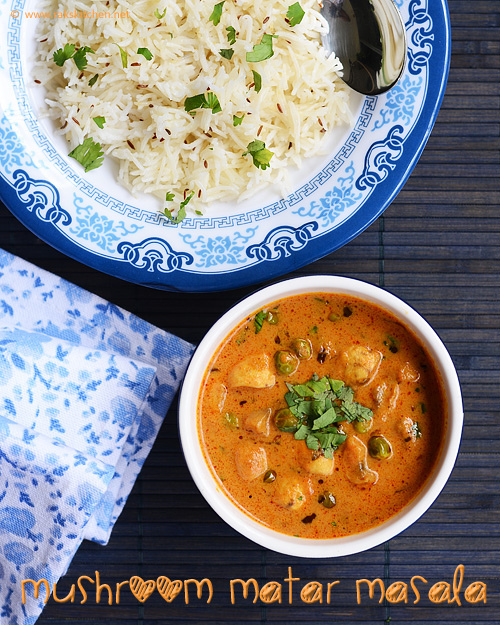 Serve with any mild pulao. We had with jeera rice. 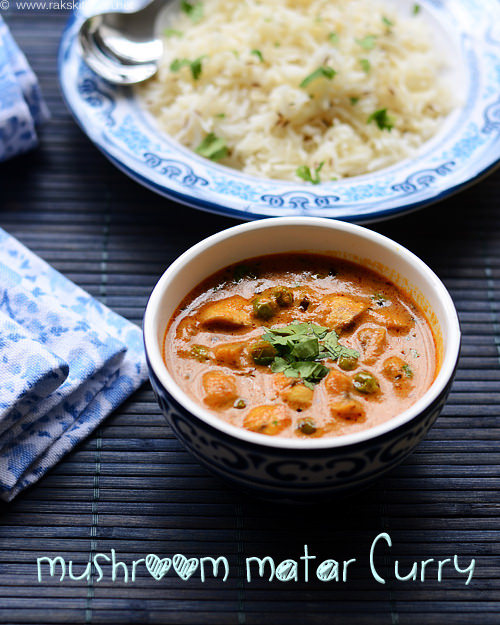