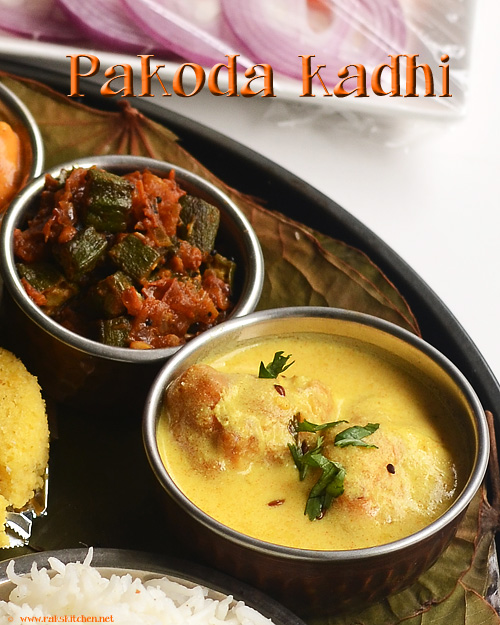 Pakodas made with besan, dunked in dahi kadhi makes a delicious accompaniment for rice. Pair it up with a spicy curry, this easy kadhi can be made in a jiffy. The flavour, taste of this kadhi is completely different from the south Indian mor kuzhambu, though this resembles more like the south Indian mor kuzhambu with vadai. I made this two weeks back for my lunch menu 57 and promised I will post the recipe for this pakoda kadhi. I followed the same recipe of my friend Sangeeta’s Daahi kadhi  recipe, just added pakoda to it.  My friend adds tomato to this kadhi, I too should try adding it next time.

Since it is a mild gravy,  pair it up with a tangy and spicy curry like I did.