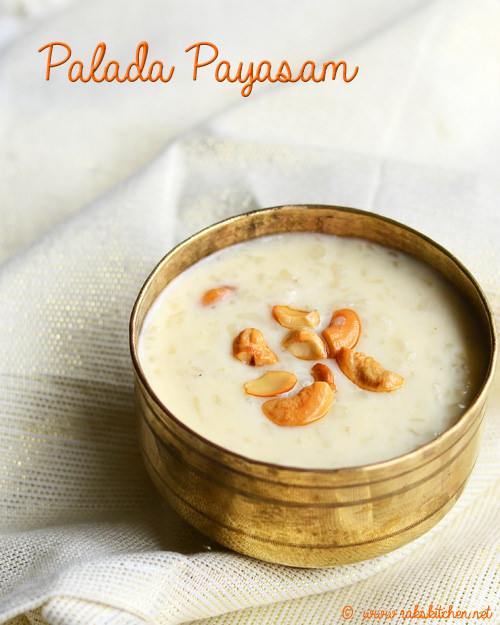 This is a rich dessert (payasam) made with readymade rice ada, milk and sugar as main ingredients. I have tasted ada pradhaman only once in a restaurant and really loved it. I had no clue what it was that time. But never thought of attempting it as I had no idea how to make. Two years back I bought a pack of store bought rice ada. I totally forgot and threw away after the expiry date. This year again I got this one and decided to make ada pradhaman. (I read somewhere that pradhaman are jaggery based and coconut milk based) I then ended up making this palada payasam. I have wish to try making from scratch the ada and making ada pradhaman, one day will have to try that, meanwhile I wanted to try this short cut method using store bought ada. I used Bambino readymade rice ada.
Traditional pal payasam or palada payasam doesn’t have any cashees or raisins, so this is just used in my recipe…

Wishing a very Happy Onam too! 🙂

It can be served both hot or cold, I love it both ways. Rich and creamy! 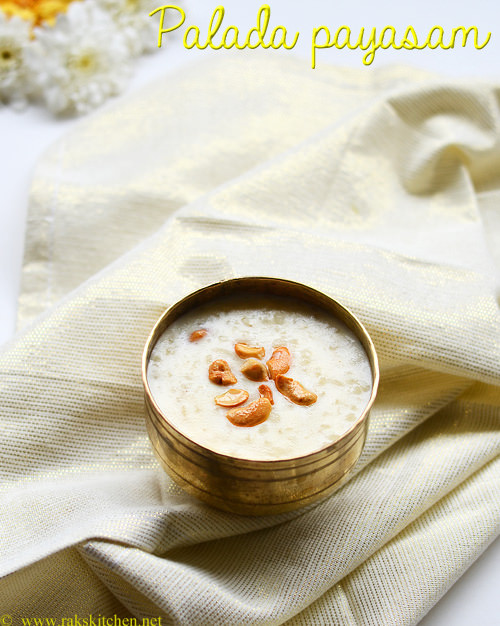