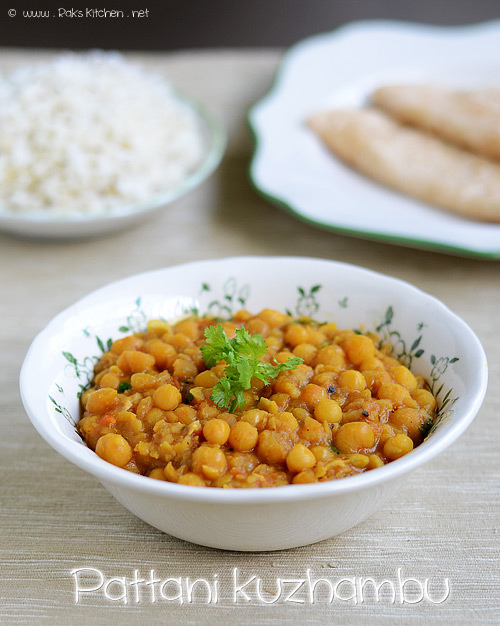 I got this recipe from Raji as Pattani kuzhambu, can be called peas masala as well. I already have a peas masala recipe, but this one is a very easy one. And as Raji told, its perfect for crispy dosas. Though I made it for Jeera rice the other day for Aj and had with roti myself, its supposed to be eaten with dosa or puri. My family is not yet used to have masalas for idli/ dosa except for kadappa. I very rarely make that one too. The first thing I like about this pattani kuzhambu recipe is its so simple without any too much of over powering masalas. Just minimum ingredients, but oh my! It smell great. When I was cooking, Aj came to kitchen and asked amma what are you cooking? It smells great!. So try this simple one, just soak the peas and you can make it fast too. 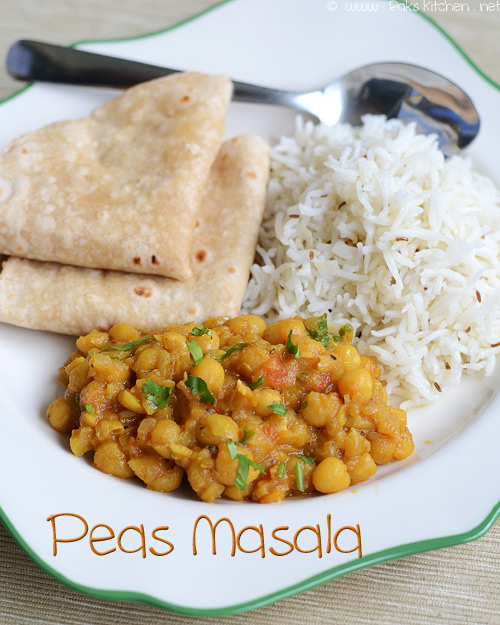 This kuzhambu/ Masala is perfect as side dish for crispy dosa . we can also eat it with roti, puri or even with mild pulav. 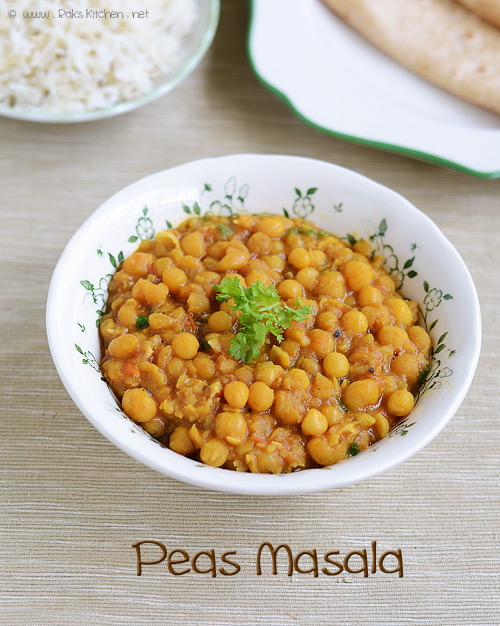