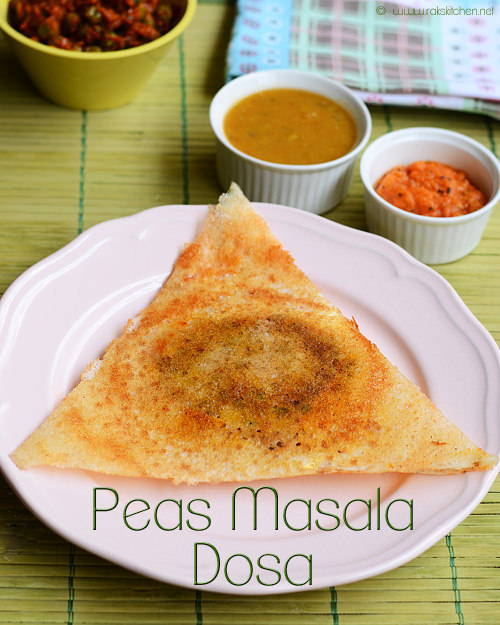 This peas masala dosa idea was given to me by my little co-sister after she had this in a restaurant. She told me to try this giving hints of the ingredients what she saw in the masala and I tried it as she said. When I tried and showed the picture, she was so happy as it was looking the same as she ate in the restaurant. Its so simple and you can try this when peas is in season. I used frozen peas what we get here. I am a dosa fan and in addition to

this peas masala dosa also adds on to my masala dosa favorites. Do this for a weekend spl breakfast and your family gonna love you for this. 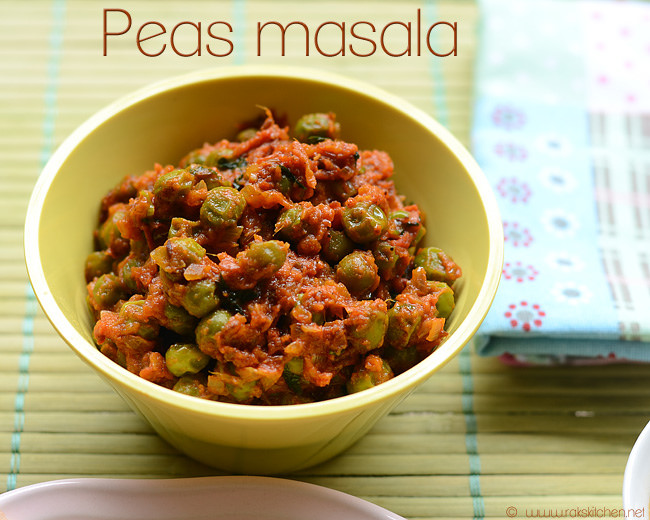 Serve hot. I had with sambar and red chuteny, you can pair it with coconut chutney or peanut chutney best too. 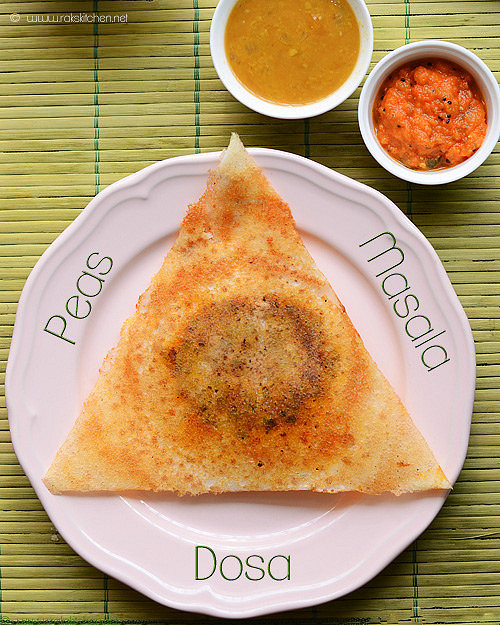