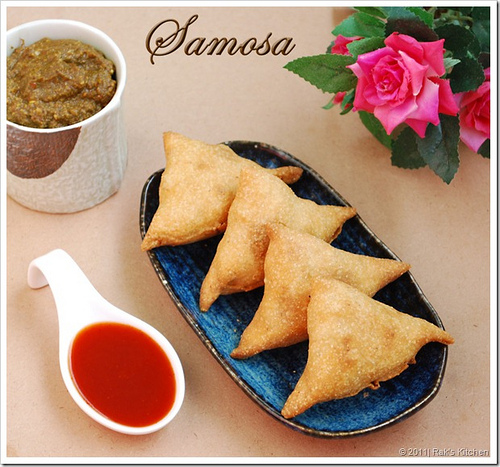 I make samosa very rarely,though I love the process of making. Making cones and stuffing them and make them to triangular pockets and the most important thing, eating it hot . I even love to order it when I go to the restaurants, but again I go with the majority, what hubby and kiddo likes to order.
One of the best thing I love in samosa is peanuts. I just love it! And I should also mention I love onion samosas,though I have tasted only once, but want to try that as well soon. Juicy onions inside crispy outer wrap. Coming to this samosa recipe below, I followed the outer wrap recipe form a cookbook. But as far as stuffing masala is concerned no such thing,just made it the way I like.

Enjoy these hot hot samosas with either green chutney or tomato sauce! 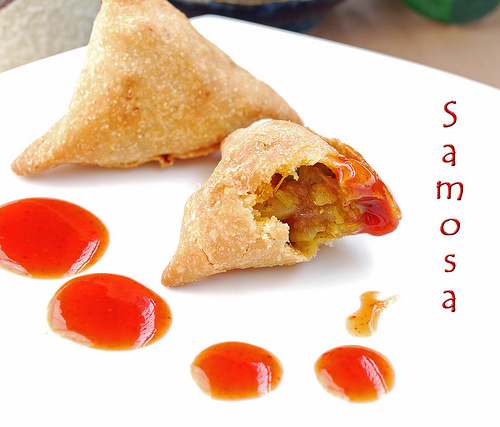