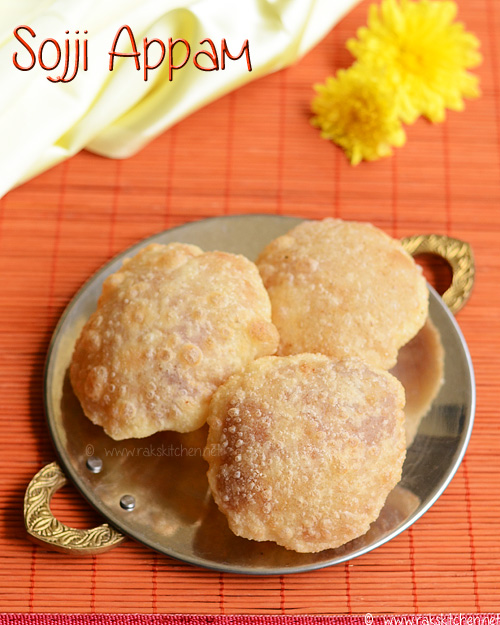 Sojji appam is a sweet dish like a poori made out of maida, stuffed with sweet rava/ semolina/ sooji stuffing. The sweet stuffing is made with jaggery and coconut (optional). There are few other version too, made with sugar, without coconut and so on, but this is the one I saw in a magazine attachment recipe booklet. I had this recipe under my to do list for few months now. But kept postponing because of all the maida, sooji and deep frying thing in this recipe. But recently saw sojji appam in the show Sutralam suvaikalam Madurai special and got tempted by it. Though it was made with just plain rava & sugar mix, I wanted to make this one with jaggery. 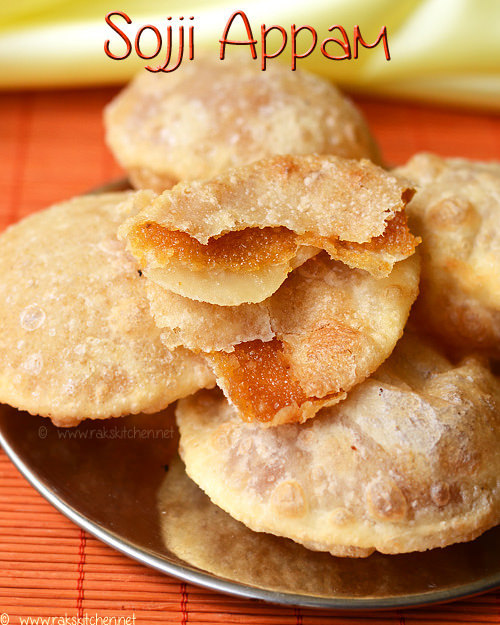 I guess we can make kesari and stuff in this maida poori. This one was similar to the chana dal pooranam, except this is with rava instead of chana dal. It was really really tasty and flavour was beyond my expectation, ofcourse, any high calorie food will have to be tasty right?

. We cannot avoid but at least eat in moderation and enjoy such food. Original recipe is this, but many of you will be sure concerned about the calories – make it with wheat flour, tawa fry it instead deep frying and make all your own modification. Taste may definitely differ but good, it’s up to your preference.
How to make sojji appam full video :

Sojji appam is a sweet dish like a poori made out of maida, stuffed with sweet rava/ semolina/ sooji stuffing. The sweet stuffing is made with jaggery and coconut (optional). Full video and step by step pictures.

Sojji appam stays puffed up for long time. It tastes great when had hot and even after cooling down. 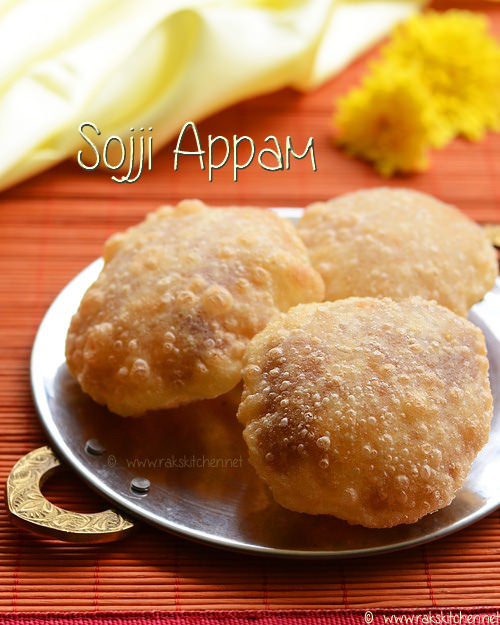