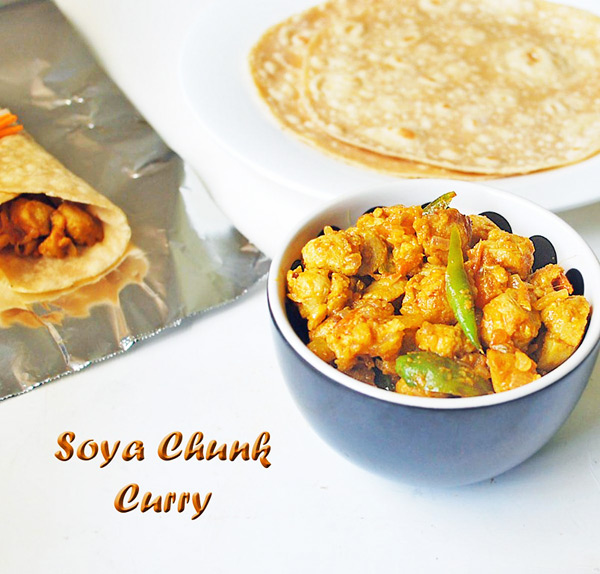 Soya chunks curry recipe – juicy and with lots of flavorful masalas, spices. with step by step pictures. I had soya chunks/nuggets in my hostel canteen,when I was studying in Trichy. We get mixed vegetable kurma with soya chunks in it. My friends told that it was soya chunks when I was clueless about it. And I loved it very much when I had it for the first time itself. But I have never thought of asking my mom to cook it for me,don’t know why!

Then after coming to Singapore and when I saw these soya chunks in the store,I took a pack of it and wanted to try at home. That time I was very new to cooking and don’t even know the handlings of masalas and how to cook this soya chunks. I tried a curry from a cook book and it came our terrible!!! I dint fry the GG paste well,I added too much of coriander powder and I dint follow the pre-preparation of the soya nuggets. Also the major thing was I chose a very big sized soya nuggets. So the  masala dint blend well with the chunks and now you know why I said it tasted terrible 😀.
Now I must really thank the readers who insisted me on posting soya chunks recipes. Otherwise I would not have mind to try this out again… But the sad thing is my hubby hates this and won’t even touch this 🙁. Yet to try with my kid,but I think he would love this in kurma or as a side dish for roti. Let me see 🤞.
This time I chose tiny nuggets and I adapted the same recipe,but modified to my convenience and taste.The result was so so yummy and flavourful curry, without any odd smell of the soya chunks. So the key💡 in soya nuggets recipe is to cook it without the smell of it, with flavourful masalas! 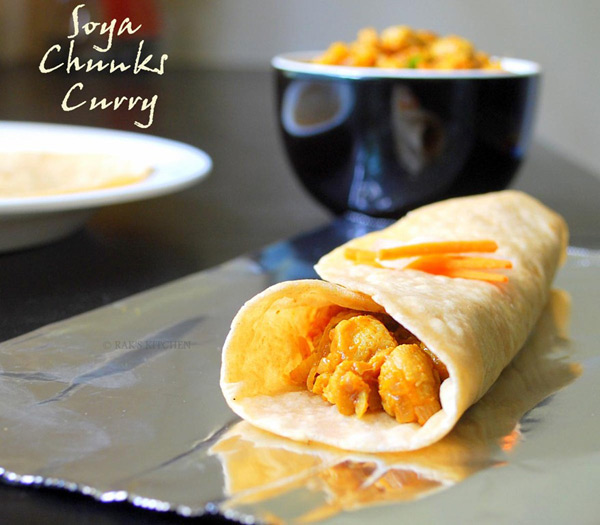 I had it wrapped in roti,had a hearty meal and the smell is still lingering😋… I am going to try and keep posted few other soya recipes in recent future… 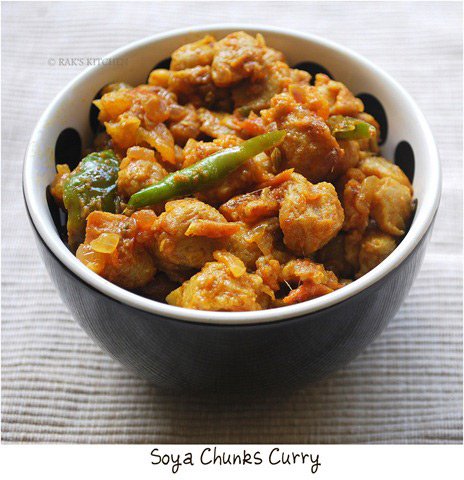