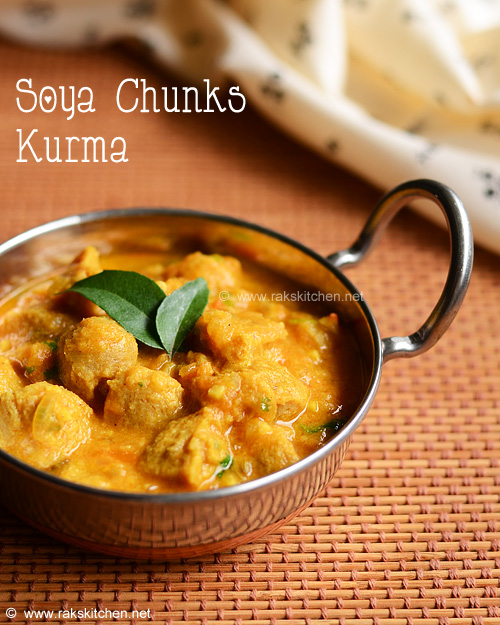 Learn how to make soya chunks kurma, a south Indian flavoured gravy with soya chunks in this post. I started loving soya nuggets which is also popularly known as soya chunks or meal maker, when I tasted first time in my hostel canteen (not mess) in mix veg kurma. It used to taste really awesome. But none of my family members like it, so I avoid buying and making it after I started cooking. Sometimes I will feel like having soya chunks kurma. But who will make for my sake? So avoid it. I  make my soya chunks curry. I love that.
I wanted to try this style of kurma for long time now, will be thinking to add some soya chunks in my regular mixed veg kurma too, but since I will be making in morning, I will not be able to take extra care for this soya chunks and add it to the kurma (I like soya chunks only soft and with out that bland boring smell, so I make sure to pressure cook, wash and then use in the recipe). Some say adding milk while cooking soya chunks can also take out the smell, but I have not tried that. This pressure cooker method always works for me. It makes the soya chunks super soft, which makes it to absorb all the masalas too and get blended well. This is an awesome combo for chapathi and parotta. So do try it out at home. A healthy and delicious gravy for roti and parotta. 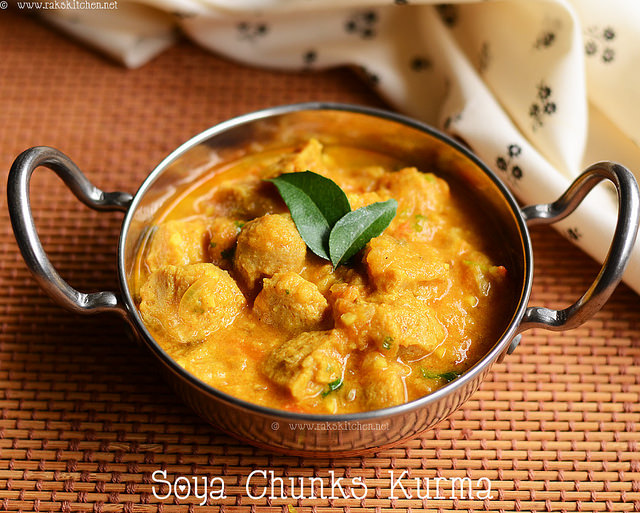 To grind to a paste

Serve with chapathi or parotta the best. I guess it should be nice with mild pulao or biryani or tomato rice too. 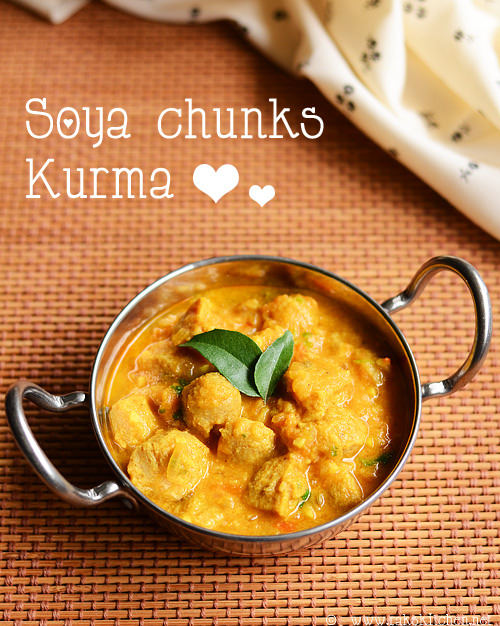