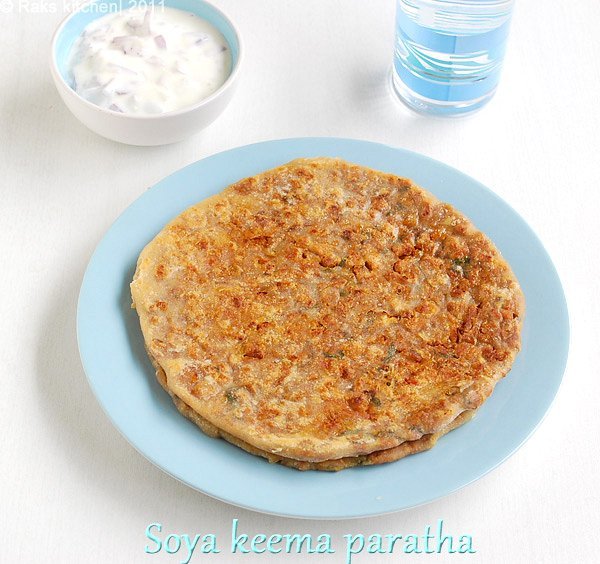 After my soya chunks curry, I try to cook few other soya chunks recipes and this is one of the try. This is not soya chunks but its smaller than that, tiny bits called Soya Chura. I bought the MDH soyatein brand, if you want to know. I got this inspiration of making parata when I saw this in Ananda bhavan menu. They had made it with maida and it was square in shape too. I made it just like any other stuffed parathas. Used atta for making dough.
I just made this with lots of masala powders to overcome the usual soya smell. And since the size of this soya chura is really tiny, I think it blends well with the masalas coz of that. You can even try this soya keema masala as such as accompaniment or simply wrap in roti as well. 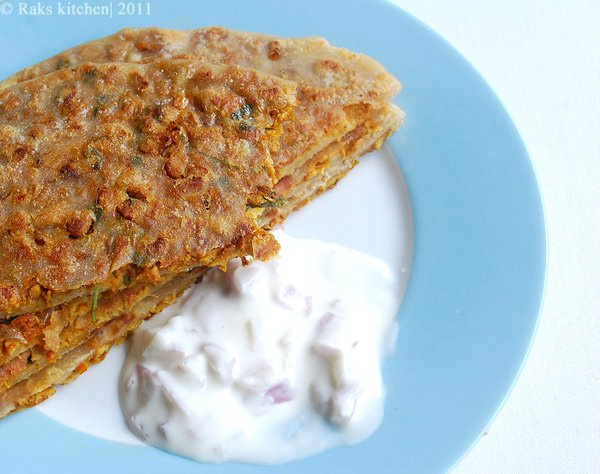 Serve hot with onion raita, the best combo. Tastes great if eaten as such too, but best with the raita! 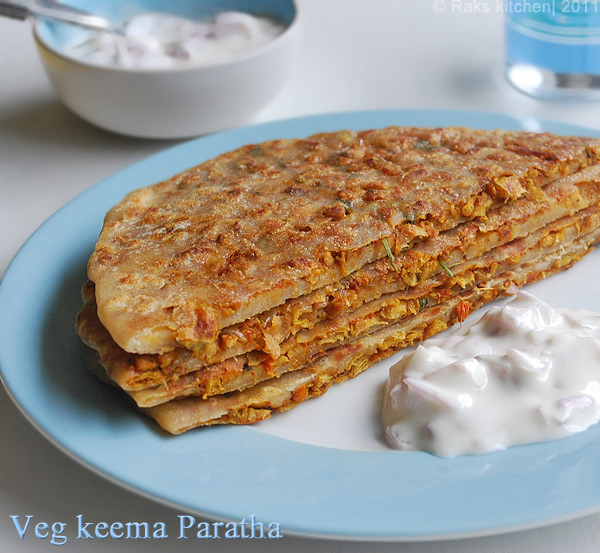